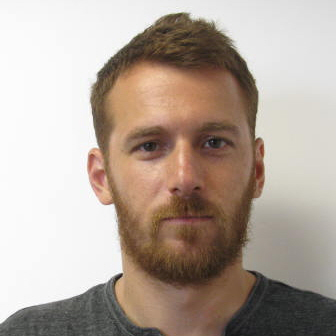 Visualizing the Scale of World Economies

We present the design and implementation of a novel interactive visualization of economics data. We used a dot-based representation, where each dot encodes a segment of 100 million worth of exports by countries. As total world exports cumulated to 15.3 trillion in 2012, we faced the challenge of plotting and animating 153,000 dots to generate geographical maps, node link diagrams and various stacked graphs. This poster explains our design process and the most important visual mapping decisions we made, such as strategies to display dots on a grid to create efficient visual aggregations. An online version of the visualization is available to collect feedback and make further improvements.

This project was made public in August 2015 and received significant attention from various media source (see link to main articles at the bottom of the page).

We’ve generated a lot of short GIF animation that aim at doing good justice to the various animation features we’ve used in the project.

We’ve presented the following poster at the IEEE Information Visualization Conference in Chicago in October 2015. We received a Best poster, honorable mention for it. 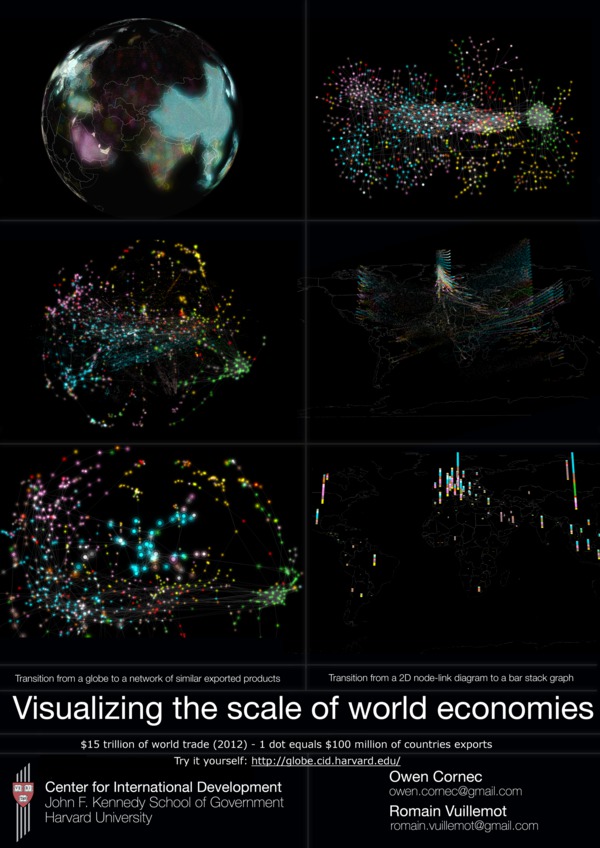 The video below is a companion to the submitted and presented poster.

The project has received a tremendous attention in terms of unique visits but also in press coverage. Below are the mean articles we’ve collected ranging from tech blogs to mass medias.